Well that went well, didn't it?

The first half- term is almost over now. Many schools have opened and then sent children home, some have closed for all but the children of key workers and those who are vulnerable. Most have kept it all together and done their best to create a good learning environment for those who have returned. Unfortunately no one was able to predict that schools reopening would cause a spike in the cases of Covid 19 among families, nor that the students who had been given such a difficult time about their A level results would find it difficult to trust the education establishment about going to university. Of course no one expected them to spread the virus as they attempted to kick over the traces in a parody of the freshers' weeks they had heard their predecessors enjoyed. But they obviously weren't supposed to realise that they had been convinced to pay for expensive lodgings when they could have done what office workers had been advised to do and stayed at home to receive the online course they will be getting. Never mind, most of them will have committed to a year long agreement, so our property profiteers will survive.

Is it possible that some people who care about our education system could have foreseen this? I suppose it is possible that nearly 10,000 DfE staff could all have missed it, but, if they did, surely they haven't been facing the front and paying attention. I'd be surprised if that was allowed to happen. The other possibility is that someone did think it through and those responsible decided that the economy was more important, that the students' health or welfare, that everybody expects students to get into debt, so what does it matter? 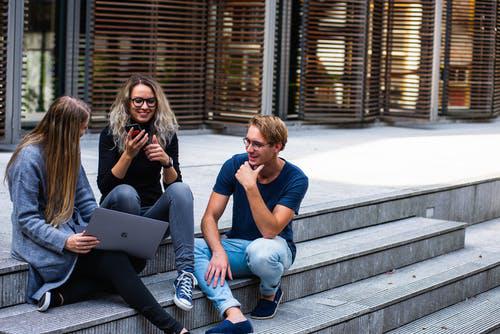 One day they'll let us in.